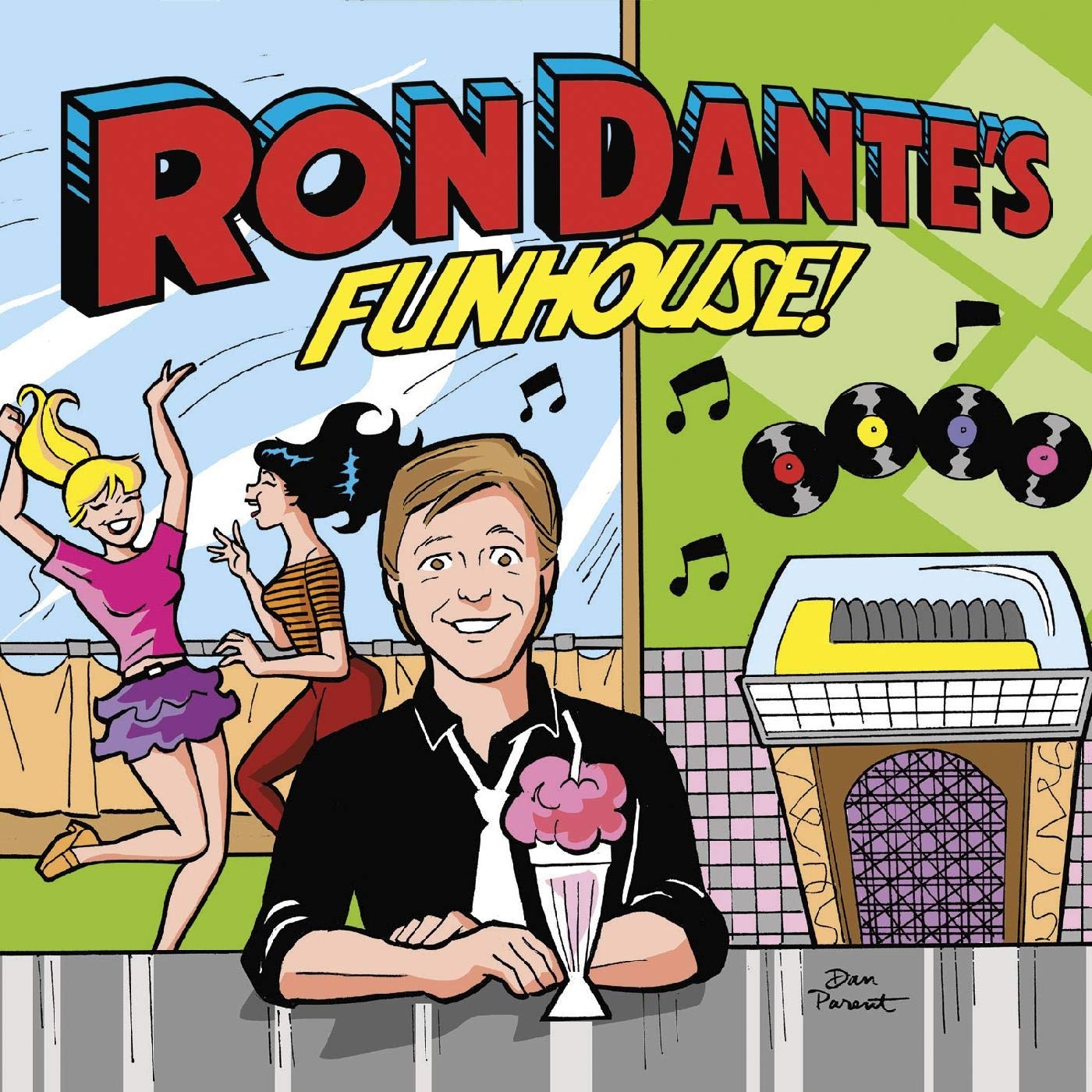 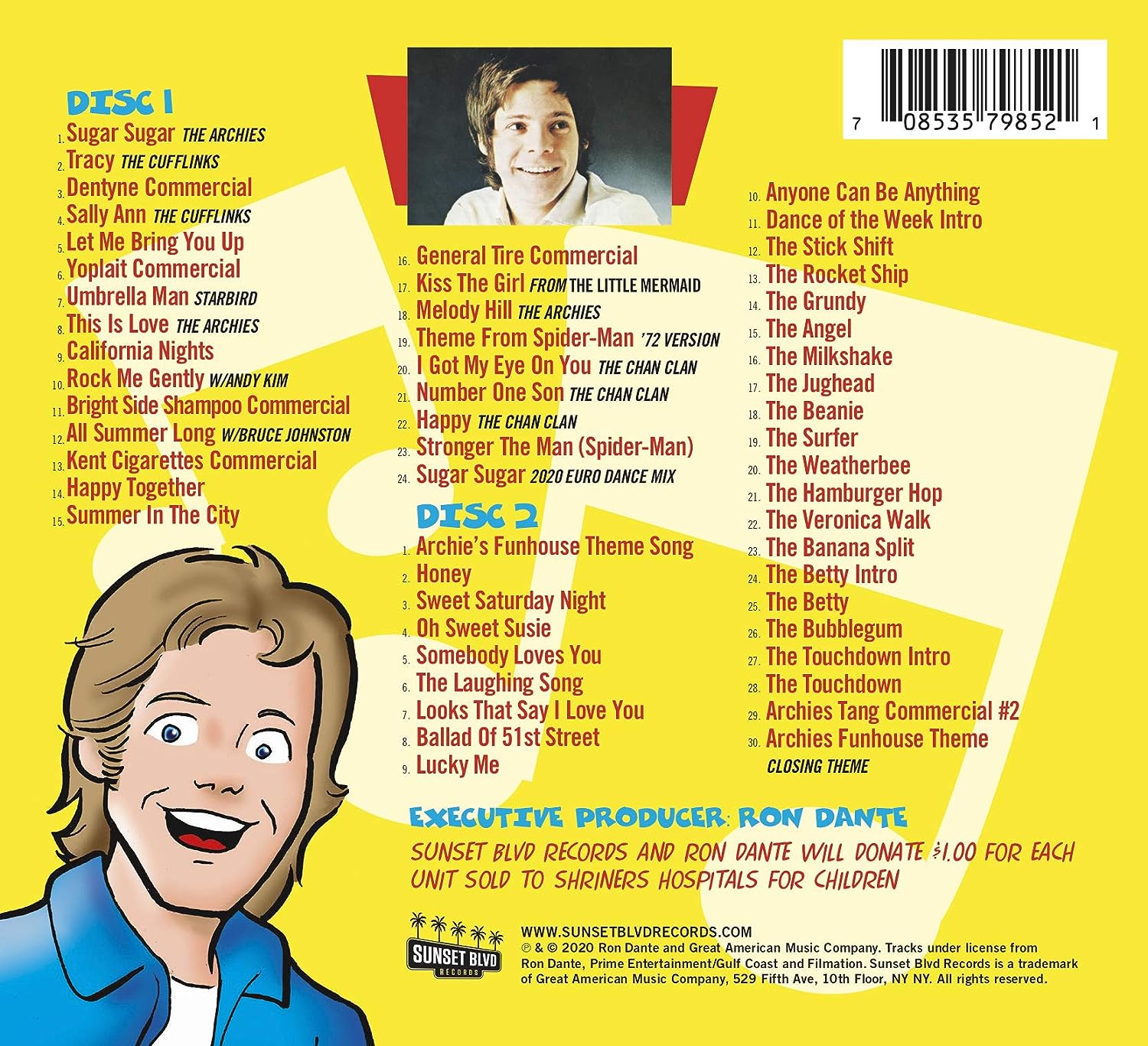 Somehow I completely missed this album when it was released last October in the middle of the whole COVID epidemic... which is still happening, somehow... I don't want to talk about it.

It's a major release for fans of The Archies. While the first disc represents sort of a "Ron Dante's Greatest Hits", with four tracks from The Archies (three familiar tracks, plus the all-new recording "Sugar Sugar 2020 Euro Dance Remix"), three taken from The Amazing Chan and the Chan Clan, two from the 1972 vinyl album The Amazing Spider-Man: A Rockomic!, plus five of Dante's commercial jingles, a couple of singles from Ron and the Cufflinks, and a few cover tunes.

The second disc is the big surprise, though. It contains previously unreleased songs from ARCHIE'S FUNHOUSE -- 9 full-length tunes (meaning more than two minutes running time), plus the Funhouse opening and closing themes, and 18 short recordings (meaning between 29 and 53 seconds) taken from the Funhouse "Dance of the Week" segment.

PLUS cover art from Dan Parent featuring Betty and Veronica dancing in the background, which is a neat touch.
Title: Re: Ron Dante's Funhouse
Post by: beatman10 on July 23, 2021, 10:54:42 AM
I always liked Ron Dante's vocals and I wasn't aware at first that he did so many other projects besides singing for The Archies. I didn't see "Leader Of The Laundromat" listed in this package. That was a song he recorded with The Detergents and was a parody of the Shangri-La's 60's hit "Leader of The Pack" He wasn't the lead vocalist on it, though.
Text only | Text with Images